Music with Mandy - Jazz for Kids!

Purple Jazz – EXPLORING THE MUSIC OF THE BLUE NOTE SOUND, SOULFUL JAZZ CLASSICS AND THE SONGS OF PRINCE . Featuring: The Purple Jazz Band. Monthly at the Ironwood!

Saxophone Legacy is a new ensemble who performs music from the great legacy of the Saxophone in Jazz. The original compositions and arrangements feature elements of some of the classic jazz saxophone recordings, including famous solos by John Coltrane, Sonny Rollins, Hank Mobley and Swedish saxophonists Arne Domnerus and Lars Guilin. Performances and compositions and arrangements from group members Jack Wilkins, Jeremy Brown and Per Danielsson along with superb performances by drummer Tyler Hornby and bassist Kodi Hutchinson.

Saxophone Legacy, a Calgary-based band, will perform a concert of original compositions written and/or arranged for 2 tenor saxophones and piano that celebrates the legacy of the tenor saxophone.

These new works utilize contemporary styles and approaches and are composed and arranged especially for this group by Jack Wilkins, Jeremy Brown and Per Danielsson. The compositions are based on the music of American Jazz saxophonists John Coltrane, Sonny Rollins, Hank Mobley and Coleman Hawkins, along with Swedish saxophonists Arne Domnerus and Lars Guilin, all masters of the saxophone whose innovations as improvisers and saxophonists provided important contributions to Jazz music. Saxophone Legacy is a new ensemble formed in 2019. It is a collaborative project, with compositional contributions coming from all 3 founding members, saxophonists Jack Wilkins, Jeremy Brown and pianist Per Danielsson. The ensemble and concept was developed during Professor Wilkins 2017 Fulbright appointment to the School of Creative and Performing Arts and his collaboration with Jeremy Brown, a professor at the University of Calgary. The group has performed in Canada at the University of Calgary and at the 2019 CMS International Conference in Belgium. In October 2019 they recorded a CD in Calgary, with a June 2022 release date. Saxophone Legacy is touring Alberta in June 2022 with concerts in Calgary, Canmore and Edmonton. 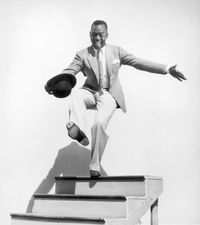 Our annual Tap Day celebrations are produced in partnership with the National Music Centre, Tri-Tone Rhythm Society, and Jaimie Hill & Tammy-Lynn Powers Memorial Foundation, bringing together the Alberta tap dance community for an evening of rhythm and expression.

National Tap Day was first presented to U.S. Congress on February 7, 1989 and was signed into US-American law by President George H.W. Bush on November 8, 1989. It is now celebrated internationally every year, from Tokyo to New York City and throughout Canada, Europe and Asia. Tap dance enthusiasts, students, and professionals come together to celebrate the art form with performances, workshops, tap jams and more. Tap Day is celebrated online, with over 27.5 million mentions on social media in 2018.

Honouring the legacy of Tap Legend, the late Bill “Bojangles” Robinson, over 60 Tap dancers from across the province gather to present an eclectic evening of rhythm. This all-ages event includes music selections of jazz greats, classical icons, and contemporary artists, performed by inspired youth and professional artists.

The focus of the concert is to develop a vibrant, inspired, and expressive tap dance community, to create a platform for the creation and presentation of new work, and to advance and celebrate rhythm tap and the percussive arts in Alberta. Tap Day is an inclusive, community-oriented event open to all rhythmic artists and musicians.

If you are a fan of the double bass, come join two of Calgary’s finest players for an afternoon of low-end explorations. Bassists Adam Pettigrew and Kodi Hutchinson will be playing music from the great American songbook as high and as low as their instruments can go. Come and enjoy a unique performance from a different perspective and learn how versatile these large instruments can be. If you are a fan of Ray Brown, Paul Chambers, Ron Carter or other master bassists, this is the show for you!

Adam Pettigrew (Bass) – Adam Pettigrew started playing piano at the age of six and double bass when he was 14. Growing up, he went through the Music for Young Children program, and later went on to complete his RCM Grade 10 examination, studying piano under Peter Rudzik and Tim Janz for Theory and History. During this time, Adam competed in the Calgary Performing Arts Festival where he won first prize in the 20th Century and Late-Romantic classes. He recently completed his Bachelor of Music at the University of Calgary where he studied under Marilyn Engle and Lana Henchell.

Adam performs regularly as a bassist with Sanah Kadoura, Johnny Summers and the Rocky Mountain Symphony Orchestra and Civic Orchestra, while also playing jazz in freelance settings and with his combo, the Sidewinders. In 2019, he was the bassist for the Timepoint Ensemble in the Banff and Calgary productions of Ghost Opera.

Kodi Hutchinson (Bass) – One of the most active figures in the Canadian Jazz Scene, award-winning double bassist Kodi Hutchinson is man who wears many hats. As well as curating JazzYYC’s many concerts and festivals, running his own award-winning musical group the Hutchinson Andrew Trio, hosting the CKUA radio show A Time for Jazz, and heading up record label Chronograph Records, Kodi is a sought-after side-man on both double bass and electric bass.

Kodi started his musical career in jazz while attending the University of Calgary and through participating in the renowned Banff Centre International Jazz Workshops. Since those early beginnings, Kodi has established himself as one of the top call bassists in Alberta. He has worked with artists such as Laila Biali, P.J. Perry, Tommy Banks, Al Muirhead, Donny McCaslin, Lee Konitz, Oliver Jones, Walt Weiskopf, Karl Schwonik, Hugh Fraser, Ingrid Jensen, Mike Murley, Remi Bolduc, the Calgary Jazz Orchestra, the Calgary Philharmonic Orchestra, Theatre Calgary, Decidedly Jazz Danceworks and many more.

Kodi performs with the Sheldon Zandboer Quartet for a special celebration of hope and recovery as AARC celebrates the lives of over 650 graduates, and AARC's 30th year of treating addicted youth and their families!

Kodi travels to JazzAhead in Germany to represent JazzYYC and Chronograph Records. Chronograph musician Audrey Ochoa will be an Official Showcase artist. 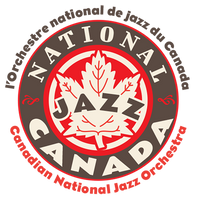 Canadian National Jazz Orchestra (CNJO) is a world-premiere project and a premiere performance showcasing a tapestry of Canadian jazz talent, including musicians, composers, and arrangers from coast to coast to coast. A co-production between Arts Commons and JazzYYC, CNJO is coming to Calgary, live, on April 28, 2022.

Conceived and produced by Kodi Hutchinson and Calgary’s jazz collaborative JazzYYC, the CNJO is the living embodiment of Canada’s illustrious record of developing elite jazz talents. The CNJO is a country-wide uniting of jazz artists with an aim to build public awareness of jazz, and to inspire and educate young Canadian musicians. Each composer, and each piece, embodies the uniqueness and breadth of Canadian jazz music.

Kodi will be onsite as the Executive Director and JazzYYC liaison for this exciting premiere! 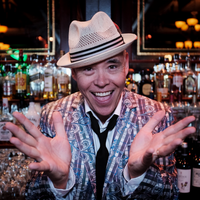 Nat King Cole met more than his fair share of career challenges and racism. Yet, he remained one of the most thoughtful and gracious entertainers in history. Former host of CBC Radio 2’s Tonic, Tim Tamashiro’s latest show brings to life the stories and songs of Nat the Cat’s nine lives. This will be an evening of “drink-y” jazz, not “think-y” jazz and Tim recommends you arrive thirsty!

Tim is recognized as a celebrated vocalist throughout Canada. He has recorded six albums. He is the creator of the unique "story / song" cabarets. He captivates audiences with story narration weaved together with songs. For a decade Tim was host of Tonic on CBC Radio 2. His role as Canada’s nightly jazz companion was one of his most cherished experiences of his lifetime. He departed from CBC to study positive psychology, wellbeing and Ikigai (life’s worth). 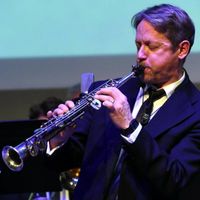 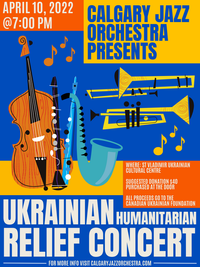 Join the Calgary Jazz Orchestra, directed by Johnny Summers, for a high-energy concert raising money for humanitarian relief in Ukraine. The musicians and venue have generously donated their time and fees to ensure all funds go directly to the Canada Ukrainian Foundation.

Tickets by donation at the door. Suggested donation $40.00 All ages humanitarian relief concert for Ukraine Questions? tickets@calgaryjazzorchestra.com or 403-239-8545

The Music of Joni Mitchell with Sarah Slean

Canadian icon Joni Mitchell has been winning fans with her blend of blues, rock, and jazz since she started singing in small clubs in Saskatchewan in the 1960s. She has been called “one of the greatest songwriters ever” by Rolling Stone. At this concert, Canadian singer-songwriter Sarah Slean lends her own incredible voice to the best of Mitchell’s songbook, complete with the rich sound of a full orchestra.

Canadian music scene. He has been mastering his craft on world percussion instruments since he was only 8 years old leading to his current professional career of 25 years.

He is the leader and creative mind behind the number one salsa band in the area, ‘Distrito Salsa.’ Regardless of the musical genre and musical collaborators, Luis Tovar brings a unique blend of energy and positive dynamic to the stage or recording studio using his Venezuelan / Afro-Caribbean roots to immediately contribute to any project.

Recording - JNF Builder's Circle with members of the Calgary Philharmonic

Purple Jazz – EXPLORING THE MUSIC OF THE BLUE NOTE SOUND, SOULFUL JAZZ CLASSICS AND THE SONGS OF PRINCE . Featuring: The Purple Jazz Band. Monthly at the Ironwood! 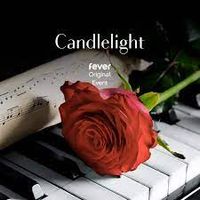